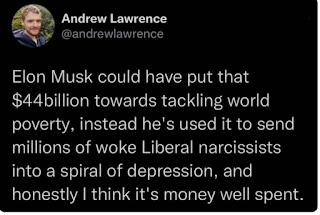 I noticed that the Rolling Thunder website mentioned a biker church Sunday morning after the rally. I wasn't going to comment on it but since their church was vandalized I will. It's pretty obvious that not all bikers are Christians. I believe in the freedom of religion. I literally don't care if you are Christian, Muslim, Jewish, Buddhist, Sikh or Atheist. I don't care. As far as I'm concerned, actions speak louder than words. Yet I am a fierce advocate for the freedom of religion.

What we are seeing with all the fake woke liberal extremism is an attack on religion. The freedom of religion protects everyone. Lies create hate and division and Justin Trudeau is a liar.

CSIS' goal is the same as Justin Trudeau's goal - to eliminate civil liberty. That is why we can all gladly unite against him. The Muslims are experiencing the Communist lies in China first hand. Religion isn't the problem, Communism is. That is why they seek to destroy religion. Communists don't want you to have morals or ethics. Yet all of our laws are founded on morals and ethics.

Stealing, murder every law we have is based on ethics. Anarchists oppose ethics because they strive to create lawlessness. So do liberals. We see this in Chicago and LA. Communists use Anarchists to create chaos so they can create order amidst the chaos. Their order. That is how they create their dictatorship. With a revolution of lies.

Chris Sky is an as*hole but Pastor Bob is not. Pastor Bob is a good man who does good work. This cowardly act of vandalism will no doubt see a surge in support for his church. When there was a shooting at a Mosque in Montreal, the public showed up in droves to a Vancouver Mosque in support. Turns out that Mosque's Iman was friends with a local Jewish Rabbi who spoke and blew a ram's horn to wake everyone up in support of the freedom of religion. That is the Vancouver I was born and raised in.

Remember who the veterans are. They fought the Nazi's in the first and second world war. Remember who built the Berlin wall. It was ANTIFA. They claimed it was to keep the Western Fascists out but in reality those Western fascists spilt their own blood fighting the Nazis in the trenches. ANTIFA are liars and false accusers. They call everyone who isn't Communist Fascists so they can steal everything we have. "You will own nothing and be happy." Not. We all must stand against their hate and their lies in support of freedom. Martin Luther King was a Christian.