In my blog post comparing Chris Sky to Jack Ryan a troll said the Holocaust didn't happen. This is what we call a Holocaust denier. The blog post was about Chris Sky's over reaction to David Menzies giving Chris the opportunity to explain his side of the story in response to the media's claim Chris was a Holocaust denier. The way Chris over reacted instead of taking the opportunity to refute the misinformation was highly suspicious.

He said he wasn't a Holocaust denier and called Rebel News fake news for giving him the opportunity to explain his position, then immediately went on to basically admit he was a Holocaust denier by minimizing it and stating that 6 million Jews did not die in the Holocaust. As soon as someone starts walking down that road it is a huge red flag which the troll demonstrated. In deference of Chris Sky they claimed that the Holocaust never happened. That's a Holocaust denier. It is false and obscenely offensive.

It's obscenely offensive because it minimizes the murders and suffering that took place and it minimizes our soldier's sacrifice in the war that opposed it. The whole slogan never again is recited every Remembrance Day. Remembrance Day means we remember what happened not deny or minimize it. Denying the Holocaust is desecrating our war memorial.

There are Holocaust museums in Germany. The Germans are deeply remorseful for what happened. Hitler conned them. At first people didn't really know what was going on with the Jews. First it was just segregation. Then they disappeared. It wasn't until after the war that everyone found out what was really going on. The reason for that was government censorship and lies. Just like we are starting to see here now.

As soon as Chris started to argue about numbers we could see where he was going. First they minimize it, then they deny it. Kind of like the Communist party of China. Oh we're not committing a genocide against the Muslims and Falun Gong, they're lying. No, the Communist Party is lying. The Muslims and the Falun Gong are telling the truth.

Holocaust deniers fall into two categories: idiots and liars. Those who believe that are idiots like flat earthers. However some who claim it don't actually believe it. They are liars who want to repeat it. The intent of their lie is to resurrect antisemitism. A Nazi skin head is not a Holocaust denier. He is a racist who wants to repeat it.

A while ago I had someone contact me who was a flat earther. They started sending me gang related links then the subject of flat earthers came up and they started sending me links promoting it. I told them there's no way I'm going to post that because it's stupid. They got all offended and said I'm not going to continue this conversation if you're going to be disrespectful. Please don't. I don't want to have that conversation. It is too stupid for me to discuss.

For those of you who don't know, there are a handful of religious extremists who misinterpret a common phrase in the Bible and think the world is actually flat. I kid you not, We're talking about dark ages pre Christopher Columbus.

You take a look at the moon, the phases of the moon, solar and lunar eclipse. They all demonstrate the earth's three dimensional reality. Some of these mental rejects actually believe the lunar landing was faked. Just because one conspiracy turns out to be true doesn't mean they all are. We know rockets exist. We see missiles used in war.

Satellite television receives television programming from a communications satellite orbiting the Earth. The Hubble telescope orbits the earth. We can see satellite images of the earth from space. It's a sphere not a dime. These lunatics claim that if you believe the earth is a sphere they you're a globalist. That's not what globalism means. Globalism is the new word for Communism. It has nothing to do with the three dimensional nature of the earth.

I'm not saying it should be illegal for people to say the earth is flat or the Holocaust didn't happen. I'm saying you're and idiot and you're not worth my time. That's what I am saying. Denying the Holocaust is like denying Hiroshima and Nagasaki. It is offensive.

I can confront evil but I can't fix stupid. 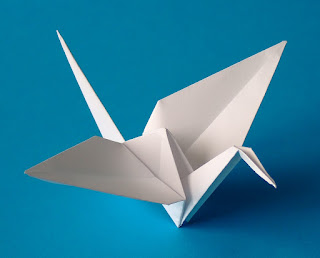