Human and animal sacrifice in history 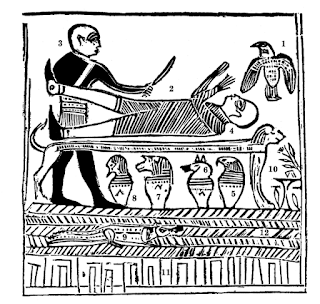 As usual, my mind has been all over the map while I ponder the solemnities of eternity reflecting on how this relates to that and how that relates to this. Today I was Googling the hieroglyphics in the book of Abraham to see if anyone has translated the missing pieces. Then Google sounds off about all this fake nonsense about the facsimiles and I'm like OMG. Bill Gates is a lying freak.

The book of Abraham purports to be a translation of an ancient papyrus that claimed to be a copy of an original manuscript written by Abraham himself. People are going to debate its authenticity. I get that. It’s the ridiculous slander and the bold faced lies that I take issue with.

Google fake news claims that the hieroglyphics in the book of Abraham doesn’t say what Joseph Smith claims it said. Yet when I look at the picture it looks pretty self explanatory to me. We all know the story of Abraham and Issac and I’m going to get into that. Abraham was tested by God and offered his son Issac up as a sacrifice but the angel of the Lord stopped him after he proved his faithfulness. That account is embraced by Muslims, Jews and Christians alike. That is the story that I have a problem with.

However, before that incident, there was another incident that happened to Abraham making his test all the more difficult and perhaps dysfunctional. The bible claims that Abraham was a good man and that his father was a bad man who worshiped idols. Joshua said Terah, the father of Abraham, served other Gods which is kind of consistent with the story in the book of Abraham.

The book of Abraham was not written on gold plates. It was written on papyrus. It was not given to Joseph Smith by an angel. Some guy found it and gave it to him so he translated it. Obviously there are many manuscripts that have surfaced over the years. Some authentic, some not.

I have a copy of the book of Jasher. It has nothing to do with Mormonism. Some guy found a papyrus and translated it. Personally I think it has merit. It explains some things missing from the bible. I do believe the bible but I do think some things have been lost or missing. For example, why did Moses kill the guard beating the Hebrew slave? According to the book of Jasher, there was a bit more to it. The guard was about to kill him the day after he raped his wife.

The same with Ham. Why was Ham cursed for seeing his father naked after he passed out? According to the book of Jasher there was a bit more to the story. The book of Jasher says Ham stole the garments of the priesthood from him. That’s how they ended up in the hands of Nimrod. One has to wonder why would someone steal a holy religious item since God would obviously disprove of the theft making the holy item unholy but people do what people do. My point is there are things in the book of Jasher that make sense and that leads us to the book of Abraham.

John 21:25 states “Jesus did many other things as well. If every one of them were written down, I suppose that even the whole world would not have room for the books that would be written.” For example, did Jesus' uncle Joseph of Arimathea take him on any voyages on the ships of tarshish before his mission since Joseph collected tin from Cornwall? England’s de facto National Anthem Jerusalem states "And did those feet in ancient time. Walk upon England’s mountains green: And was the holy Lamb of God, On England’s pleasant pastures seen?"

Born Agains freak and say you can’t add to or take away from the bible but the Catholics have the Apocrypha and the Protestants threw that away. Apocrypha means hidden it does not mean false. The spin doctors are lying. I rather judge a book based on its own merit than bury my head in the sand and say there will be no more books.

My point is that the book of Abraham claims that Abraham’s father, Terah, who the bible says worshiped other gods, offered up Abraham as a sacrifice to a false god in Egypt. This story makes sense and is believable but reinforces my original concerns with the story about Abraham's sacrifice of his son Isaac.

If Abrahams’ father was so bad he tried to offer his own son up as a human sacrifice to a false god and that was bad, why was Abraham’s human sacrifice of his son to a true god so good? In my opinion, both were bad. It’s like the serial killer who when asked why they did it answers, God told me to. God said you shalt not kill. God will not ask you to break the commandments. If God asked me to kill my kids as a sacrifice I’d say no f*cking way because that is bat sh*t crazy. Yet everyone holds up Abraham’s sacrifice as such a good thing when I see it as Charles Manson. That demonstrates an inherent problem. IMO this kind of devotion breeds religious extremism. 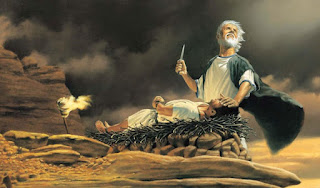 As I previously mentioned, I watched the Netflix series Vikings: Valhalla. I thought it was very well done but I found two historical elements disturbing. In the movie the Christians were killing people just because they weren’t Christians. That’s not what Christianity teaches. In one case a Christian raped a woman then carved a cross on her back because she was a pagan. That was pure evil. Christ did not teach that.

Yet the pagans, who we tended to root for, performed human sacrifice and drank their blood. That was insane and heinous. The bible talks about human sacrifice to false gods and forbids it. Rightly so. Yet as I said, if killing children for Molech was a bad thing, so was Abraham’s sacrifice of Isaac. In fact, I find the whole animal sacrifice tradition creepy.

The term scapegoat comes from a practice in the Old Testament where Jews were commanded to offer animal sacrifices for the sins of the people. I realize this was in similitude of Christ’s sacrifice to end all sacrifices but killing animals and wiping their blood all over the golden throne on the ark of the covenant was pretty gory and extreme. Even in Jesus’ time the practice of offering rams and doves as sacrifices was common. Personally I think that was really weird. Just sayn. I support the new law which requires for a sacrifice a broken heart and a contrite spirit.