Provincial Policing in BC and the CSIS Grab Bag 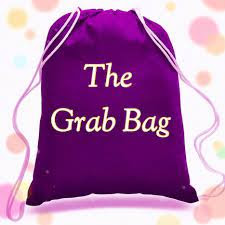 OK so there are two reports that need to be discussed. One about forming a provincial police force in BC and the other a CSIS / RCMP grab bag. First, the grab bag. This biased CBC article states that two RCMP officers quit after being asked to arrested two CSIS targets without charges. Good for them. CSIS is dirty as f*ck. They supplied the explosives for the Air India bombing. The propaganda article claims that CSIS and the RCMP need to share more information with each other. It implies that if CSIS had shared more information with the RCMP as to why they wanted the suspects arrested they might have arrested them. Actually the problem is arresting people without a charge. That's illegal and violates the Canadian Charter of Rights which police officers have sworn an oath to uphold.

Surrey needs it's own police force and all this dirty political intervention needs to come to an end. Getting rid of the RCMP provincially is a consideration but it most certainly isn't a priority and when the left leaning fake news pushes it, we need to ask ourselves why.

CBC is reporting that "A committee of MLAs had agreed, unanimous across party lines, that the province should ditch the RCMP and re-establish a provincial police force." Although I am skeptical of the motive behind this new woke trend, I will address it.

The Daily Guardian is reporting that "McCallum praised the new report, saying he agrees with the recommendation to transition away from the RCMP towards a provincial force, while giving municipalities the choice between contracting with the provincial service, establishing their own municipal police service or entering into a policing agreement with another municipality or Indigenous community. The reason why we’re changing to our own Surrey Police Service is it brings policing down to local governance, local accountability and local decision-making,” McCallum said. “No matter what anybody says, the RCMP are controlled by Ottawa. And you can’t police a big country that way, it’s just virtually impossible.” Fair enough.

If the Provincial government wants to form a provincial police force like Ontario, I don't have a problem with that. We need more local accountability. CSIS is corrupt but so is E Division. The RCMP in other provinces is fine. Something here needs to change.

The problem started when the BC Liberals got rid of the OMGU. After that, the CFSEU became compromised but so is IHIT. IHIT were always a bunch of clowns but it hasn't got any better. Now they have Wolf Pack associates in Witness Protection who rat out hit men they hired so they can keep doing business. That is not acceptable. That house of cards needs to come down.