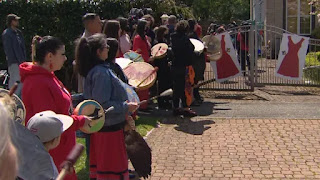 CBC is reporting that "Family and community members gathered in Vancouver on Sunday to honour Chelsea Poorman, a young Indigenous woman whose body was discovered at a home in Vancouver's Shaughnessy neighbourhood. Advocates for the Indigenous community said a prayer for Poorman and asked questions about her death."

"Investigators do not believe her death was suspicious. A Vancouver police spokesperson told reporters that because the remains were essentially skeletal, it's unlikely the cause of death will ever be determined." Mother Sheila Poorman says her family wants to know what happened to her daughter. 'My daughters and I want answers but right now we are going to focus on taking what's left of her home and giving her a proper burial and then we'll come back and we'll do what needs to be done for Chelsea,' she said. 'We are going to fight for Chelsea. We are going to fight for the truth to what happened to her because we are not going to sit by and let them say that it is not suspicious.'" As I initially reported.

CTV nailed it: "Sheila said she was told her daughter's body was dismembered, that she was missing her cranium and some fingers when found. 'And they have the gall to say it's not suspicious and no foul play. My daughters and I want answers.'" That is what I was referring to. For the police to say this death was not suspicious and that she was not murdered is an outrageous lie that needs to be addressed. Justin Trudeau's fake woke CBC missed that.

"An officer was observed walking away from the scene carrying two machetes." 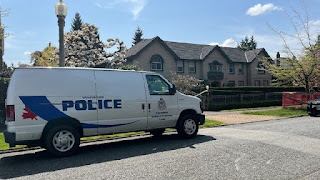