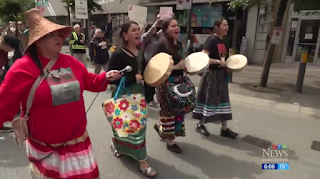 The mainstream media has finally picked up on this story. CTV is reporting that "Around a hundred people gathered at noon Saturday at the empty Vancouver home where Chelsea Poorman’s remains were found late last month. Poorman was a member of the Kawacatoose First Nation in Saskatchewan and had recently moved to Vancouver when she went missing in 2020. Almost two years later, her remains were found on the property of a home in the upscale Shaughnessy neighbourhood which was believed to be frequented by squatters." 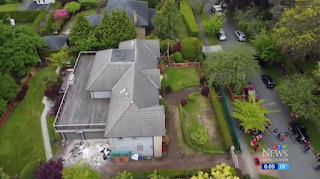 Evidently she was found on the patio not on the lawn and the lawn was not unkept.
Posted by Dennis Watson at 7:45 PM