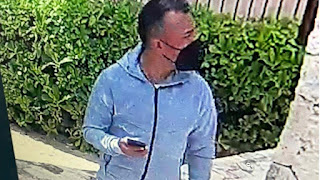 Update: The Borderland Beat is reporting that the names of the fatalities are Thomas Cherukara and Robert James Dinh. Ceara Jessica Sahadee Yari was the woman injured in the shooting. Sounds like another HA hit endorsed by the CFSEU. One of the victims is linked to Cong Dinh, a Burnaby resident from Vietnam. That's what happens when you're a CIA drug traficking rival.

2nd Update: One local source claimed the victims belong to the Hells Angels. If that's true, it reminds us of when Zeke tried to tax the Vietnamese grows in Nanaimo and they said no.

3rd Update: The Toronto Star is reporting that Mexican authorities call Cherukara an alleged member of the Hells Angels. The Canadian police told the Star that Cherukara may have been an associate but he wasn't a member. However, their intel is coming from Donnie McWhirter and the Bobbsey Twins so their intel is worthless. 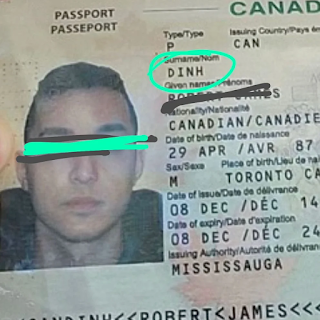 Noticaribe is reporting that "The State Attorney General's Office confirmed tonight the death of a second Canadian tourist of the three who were initially injured during an attack inside the Hotel Xcaret perpetrated by a subject who was also staying at the same place."

"One of the subjects who died during a shooting at a luxury hotel in the Riviera Maya was considered very dangerous in Canada, where he had an extensive criminal record, the State Attorney General, Óscar Montes de Oca Rosales, reported tonight."

"The first person who lost his life (identified only by the acronym AT CH ) had a criminal record related to drug trafficking, false identity use -among others-, according to information provided by Canadian authorities. The second fatality (RJD) also had a criminal history, although no further details were given." The BBC posted a picture of the gunman.

The Washington Post is rpeorting that "The Quintana Roo state prosecutor’s office said via Twitter that the suspect in the shooting was also apparently a guest and Canadian police informed them he was a known felon with a long record related to robbery, drug and weapons offenses. The office said both of the dead also had criminal records." 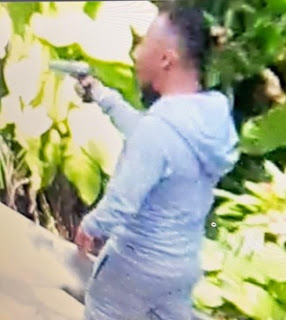