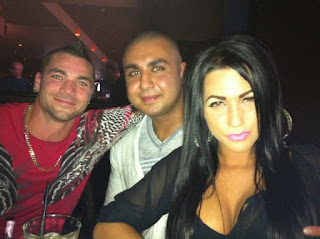 Yesterday, Ali Arash Ziaee was scheduled to appear in Victoria court to fix a date on a sexual assault charge. In June of 2013 Ali was arrested along with Ziggy Matheson for drug trafficking. They were referred to as top level drug dealers but weren't named until February 2014.

Ziggy was sentenced to five years while Ali was sentenced to 30 months. Ziggy was convicted of trafficking in 1997 and 1998 and of possession for the purpose of trafficking in 2001. Matheson used Ziaee as a middleman to bring cocaine from the Lower Mainland. Ziaee was arrested as he walked to an apartment building where the drugs were stashed, carrying two kilograms of cocaine he had brought from the Lower Mainland that day. This was not a one-off endeavour, said MacKenzie. The number of empty kilogram bags in the apartment, the time invested in building a significant customer base and the trips to the mainland every two weeks support the fact this was an ongoing, for-profit, commercial enterprise for significant financial gain.”

Ali's sister Sheri made headlines when she was arrested along with her two sons for under age prostitution. Now Ali is facing sexual assault with a weapon charges. Very disturbing. Ziggy, as we know, is friends with Jason Zalo. The one Chris Horsley is covering for.