The Testimony of Yeonmi Park

This is what Justin Trudeau wants to turn Canada into - one big prison camp. God damn him.

Xi Jinping is a liar, murderer and slave master. The CCP is built upon slave labour. Cai Xia blamed Xi for killing a party and a country. Now he wants to be leader for life. The shocking part of Yeonmi Park's testimony is the slavery and human trafficking she discovered in Communist China under Xi Jinping. That is what his empire of lies is built with. 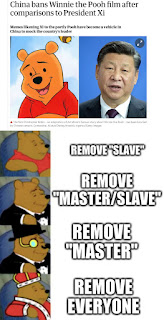 This is why I don't support sanctions against North Korea. They need humanitarian aid. Communist China won't give it to them because they are greedy pigs living off of slave labour. The Communist politicians in China do not share their wealth. A satellite picture of North Korea at night speaks volumes. North Korea is one of the darkest places on earth and Communist China is not helping them. They just help themselves. Any missiles they have comes from China. 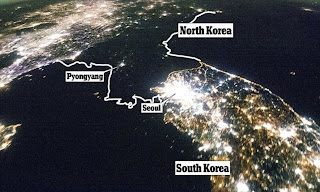 Yeonmi Park claims that there is no Internet in North Korea and we all think how horrible that is yet what we have is almost as bad and what China has is worse. In Communist China they have the Internet. So they think. Yet when they search Tiananmen Square Massacre, nothing shows up. That true history has been erased. That is where our Internet is now heading.

The fake fact checkers on Facebook and Twitter are ridiculous as is the partisan censorship on YouTube. In the United States, someone was kicked off of Zoom simply for citing the Tiananmen Square Massacre. That's worse than no Internet because we are tricked into thinking we have it when we clearly don't. We just have access to more propaganda and fake news.

When Yeonmi Park was young she saw a woman publicly executed in North Korea for watching a Hollywood movie. Now the Communist Party of China owns Hollywood and has changed Captain America into Captain Communist. In some ways what we have is worse because we think we have access to the truth when we don't. The CCP's censorship is taking over.