Fake Environmentalists want to bring nuclear power to BC 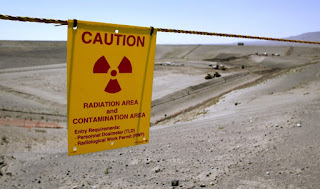 Post Media Trash is reporting that the fake environmentalists are considering bringing nuclear power to BC in response to climate change. AYFKM? Nuclear power is not green. Hydroelectric power is green. Nuclear waste is very hard to dispose of. Unless you put it on a rocket and aim it at the sun, that shit will always come back to haunt you.

Nuclear power is not green. Hydroelectric power is. The problem with the site C Dam isn't hydroelectric power it's SNC-Lavalin. Everything they build they underbid and over charge. Everything. Politicians from every political party are on the take. It's just too much money to say no to. Just like the Pharmafruad. It's too much money in the politicians pocket to turn down.

Burning industrial coal to generate electricity is not green either. That is batsh*t crazy. Industrial coal is the largest CO2 contributor on the planet and the Chinese Communist Party is the world's worst offender. Micheal Moore's latest documentary Planet of the Humans exposes the fake environmentalist for what they really are. The Chinese Communist State run media says their fake experts call Micheal Moore's documentary dangerous. Go f*ck yourself. No really.

For the record, natural gas is way better than industrial coal. It's like night and day.