I'm going to post a link to this video just because I can. Ya gotta love Laura Lynn Tyler Thompson's genuine sincerity. She speaks from the heart. As we know, LL is a little PTL club and that ain't me. I lean more towards Leonard Cohen's Hallelujah chorus. Love is not a victory march, it's a cold and broken hallelujah or more simply, a thank God. After we do all that we can, his hand is revealed. Pentatonix's remix is legendary. In her video she talks about a father kidnapping his child because the mother wants to vaccinate their 7 year old.

I don’t support kidnapping children in a custody dispute. That is a no win situation. It’s bad for everyone. Religion is a sensitive topic especially when it involves children in a divorce. Normally the courts say don't change the child’s religion without the other parent’s consent.

Sometimes one parent will decide to change the children’s religion to spite the other parent. That’s pretty petty. People are free to change but don’t use children as pawns in a dysfunctional game of jealousy. When you were married you made a covenant as did the godparents.

In this case the mother was antivax when she was married but has since changed her position. The father has not. The courts should have ruled that the child not get vaccinated unless both parents agree. As the free North Declaration states, the courts have been deferring to the State when it comes to Covid overreach. Instead, the courts ruled an unvaccinated father should lose access to his child. That was wrong. Yet so is kidnapping the child. It’s a no win situation.

You don’t want to put a child in that kind of conflict. It’s hard enough on them as it is. You can’t have one parent trashing the other parent in front of the child. That’s wrong. Children don't need to be vaxxed against Covid because Covid does not affect them. We all know it is a money making scam. Yet some of us have bought into the fraud. It’s like wearing masks. I think wearing masks is stupid but I don’t oppose mask mandates in public because some people are scared. They’re stupid but they’re scared. I wear a mask out of respect to appease their fear.

In this situation it is possible the child will die from the vaccine. Yet it is unlikely. My kids are adults. It's their choice. Whatever they decide I support. One child thinks Covid is a scam but wants to travel. I get it. The other child, who is not political, reluctantly got their first dose but does not want to get their second dose. I understand. Whatever they decide I support.

If my children were in elementary school I would recommend against it. Polio yes. Smallpox yes. Covid no. It's a farce. Yet if the mother was emphatically for it, I'd be forced to cave in. Raising kids in an argumentative environment is worse than the possible side effects of the vaccine. 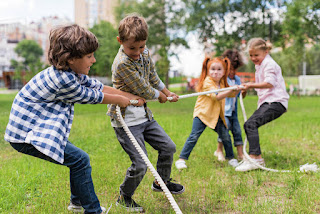 BTW Communist China stole the ebola virus from the Canadian lab in Winnipeg.

How Bad is my Batch? Dr Robert Malone just about died from his second Moderna vaccine.

48:44 of Laura Lynn's video says page 23 of a report from the UK Health Security agency states that the UK government has admitted that once you have been double vaccinated you will never again be able to acquire full natural immunity to Covid variants.