2022: Civil Liberty and the dream that was once Rome

This year the theme is civil liberty. I'm using the movie gladiator as an allegory. In the movie, Marcus Aurelius sits Maximus down and discusses his dying wish. He knows his power hungry son is not a moral man and wants Maximus to take charge and hand the republic over to the people like George Washington did. In our analogy, Pierre Elliott Trudeau is Marcus Aurelius, Justin Trudeau is his son Commodus and Maxime Bernier is Maximus.

We realize the movie Gladiator is fiction but we will use it to reveal a similar struggle in our day. In the movie, Commodus was insecure and wanted power just like Justin Trudeau. He had no interest in turning the empire into a free republic. He coveted the power of a dictator. Just like Justin Trudeau. Maxime Bernier is the soldier of Rome who valiantly fights to save Canada from the tyrant and preserve civil liberty. What Justin's father protected by law in the Charter of Rights.

Climate change is no reason to throw away our civil liberty and becomes slaves of Communism. Neither is Covid. Covid is not small pox or polio. Not even close. I don't care if the next variant is the bubonic plague. We have learned that lockdowns don't work and constitute treason. The Great Barrington Declaration represents the real science. The media does not.

Cases mean nothing and the media is going off about cases when people have no symptoms. That is criminal culpability. Omicron is 80% weaker than Covid. It is weaker than the seasonal flu. Yet the media is hyping the fear so the pharmaceutical companies can make billions while our economy crashes in fulfillment of Khrushchev's prediction.

When Covid first came out, TBM chose to ignore it. They didn't want to give it the attention it didn't deserve. I spoke out against it because it was so relevant. Yet now we are all sick of hearing about Covid. It was voted the top fake news story of 2021 on the Candice Malcolm show over at True North. Omicron is a con. Bonnie Henry is a lying freak. There is nothing else for me to say. l'll just keep repeating that over and over again. It mostly affects the elderly.

We don't need more restrictions every time a new cold or flu virus hits. I suggest we donate the billions of dollars they want us to spend on boosters that don't work on cancer research and treatment instead. That would be a far better use of our sacred tax dollars. The pharmaceutical companies' greed will never be satisfied. The media will never report the truth because they are paid by the pharmaceutical companies. It's time to turn the page.

Now I will say a word about civil liberty. In the movie Star Wars we saw the Empire strike back. In the movie Gladiator we saw the dream that was Rome. It was a whisper and before Marcus Aurelius' died, he was afraid it wouldn't last the winter.

In Ireland, a republican was someone who believed in a free republic where civil liberty was protected by law. One one side you had PIRA - the Provisional IRA. On the other side you had the Sticks known as the INLA. They were Communists. Both were considered republicans because they both believed in a free republic. James Connolly protected civil liberty by law in the Irish Proclamation just like Nelson Mandela did in the South African Constitution.

Likewise, after the war, the Soviets called East Germany the German Democratic Republic. It was not a republic or a democracy. It was a Communist State like the Empire in Star Wars.

China calls itself the People's Republic yet it's not a republic at all. Norway nationalized it's oil. That's not Communism, that's good business. It increases tax revenue. In Canada we have public Heath Care. That's not a Communist plot to take over the free world, it's a British tradition.

As I have previously stated, Cuba is not the best model of Socialism that we have, the Kibbutz movement in Israel is. True Socialism can only exist within a free republic where civil liberty is protected by law. Without that legal protection of civil liberty, a Socialist Republic is a slave state. Just like ours will be if we give up our civil liberty for any reason. Ban Bonnie. 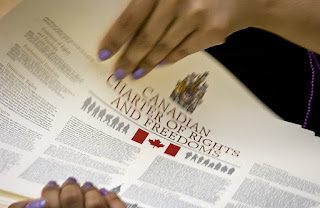