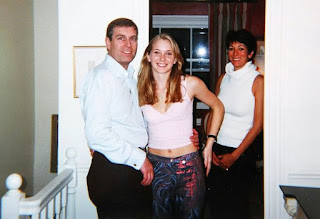 The BBC is reporting that "The Duke of York's military titles and royal patronages have been returned to the Queen, Buckingham Palace has said. Prince Andrew, 61, will also stop using the style His Royal Highness in an official capacity, a royal source said. It comes as he faces a US civil action over sexual assault allegations - claims he has consistently denied."

I’m far more concerned with Chuck's ties to the World Economic Forum. That is organized crime. Evidently Prince Charles has forgotten what the Communists did to the Romanovs. As for Andy, she was obviously young but it was obviously consensual. Case dismissed.