The Magnitude of Organized Crime 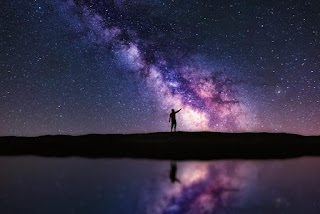 I’ve heard the term pondering the solemnities of eternity. Well today I was reflecting on the magnitude of organized crime. Thy mind o man… Good and evil has always existed. Some evil is more organized than others. For example, when someone robs Macs that is considered small time or petty theft. When someone robs a bank that's big time. Yet they say the best way to rob a bank is to own it. That's organized crime. When I was in New York back in the /80s we stayed in Harlem. A friend took me over to Spanish Harlem in the middle of the night.

They had all these stolen cars stripped down up on blocks. They’d dump them there and take the wheels off. One even had the whole engine removed. I was like yo what is this? My buddy laughed and said, “What, you don’t have stolen cars up there in Canada?”

I laughed and said yo bro, I’m from the stolen car capital of North America but it’s just skids joy riding. This is organized. Indeed it was. That was organized crime. A couple years after that I was walking through Divis flats in West Belfast with an American friend. He was new to the area and said, Hey, are those kids stealing that car?! I casually look over and say yeah, probably.

He was outraged and said shouldn’t we stop them?! I pointed and said ya see that tower over there? That’s the British Army watching them. If they’re not going to do anything about it, I’m not. Then the kids came peeling around the corner and stopped right in front of us. The kid driving made eye contact with me and looked scared like he was going to get into trouble. Without hesitating I take a step forward and nod with my head as if to say give us a lift will ya?

The kid’s eyes popped open and with an ear to ear grin turned to his friend then looked at me, nodded and motioned for me to hop in. I smiled, raised my hand and said naw, thanks. I was just kidding. Then they drove off and we all laughed. That was not organized crime. Those poor kids. Never mind the British Army. If the IRA catch them they’re going to beat the sh*t out of them.

In South Seattle we led a crack down on crack campaign when the US crack epidemic was at its peak. In Canada, we never got involved with drugs or prostituion. We didn’t have to, it took care of itself. Crack changed everything. It was so invasive. After we set up shop a local police officer named Chuck Pillon contacted us. He was putting pressure on the crack dealers so they transferred him out of the area and put him behind a desk. That was taking it to a new level.

Shortly after that we saw another African American police officer take over and put pressure on the crack dealers. He was hilarious. Called himself the sherrif. Very proactive. It didn’t take long before they transferred him out of the area as well. That was organized crime.

One of the original mission statements of this blog was connecting the dots between politics and organized crime. We’ve talked about how the CFSEU is compromised and no longer make drug busts targeting Hells Angels associates. Since the BC NDP haven’t fixed that, they've proven that they are no better than the BC Liberals. That is organized crime.

When Gordon Campbell was Premier, he privatived the Independent Power Producers that sell power to the public company at inflated prices. That was organized crime. Here we have this massive ballooning BC Hydro debt we keep deferring every year and the BC NDP still haven’t fixed it. Showing the world once again, they are no better than the BC Liberals.

Now we have seen the rise of the pharmaceutical companies and the obscene control they have over our politicians and our media. Several coalitions of medical doctors have posted websites to counter the false information the media keeps bombarding us with. That is organized crime.

Now we have Bonnie Henry who without question takes the cake. Literally. She is literally stealing the bread and butter off our tables. Profiting from the pandemic by selling her own brand of support gear wasn’t bad enough. Now she and her sister have written a book profiting off the pandemic by promoting the WHO's false narrative. Bonnie Henry is the Anti Christ. She is a lying freak who covets power and uses lies and deception to promote the UN’s New World Order.

Omicron is a ridiculous con. Everyone can see that. Even the double vaxxed have had enough. There was no reason to close gyms down. None whatsoever. She is intentionally trying to bankrupt our province in fulfillment of Khrushchev's prediction. Bonnie Henry is the biggest organized crime figure in this province. She makes the Hells Angels look like boy scouts. 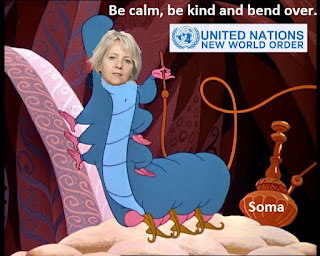