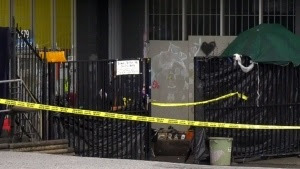 CTV is reporting that "An early morning shooting at a warming centre in Surrey sent two people to hospital Wednesday. Mounties said in a news release they were called to the warming centre on King George Boulevard, just north of 105A Avenue at about 3 a.m. When they arrived, they found two people who had what looked like gunshot wounds. Both were taken hospital with non-life-threatening injuries and both have been released since. Police said one of the victims, a 24-year-old man, is believed to have been the target. The other victim is a 57-year-old woman."

"Investigators don't think the shooting is connected to the Lower Mainland gang conflict." Directly no but indirectly yes. Where do you think they got the gun from? It was obviously drug related as in a drug user owed money. You would think that the club would discipline their guy for being a heat bag but know. They endorse these kind of idiots. Shooting someone in a shelter is a big no no. It brings too much attention to the business. Now we're going to have to follow up on it. 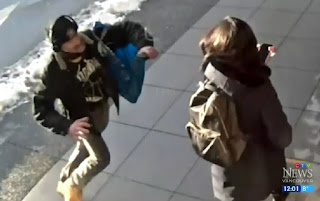 This guy is a POS. A skid from the DTES mugs a young woman. It's time to take out the trash.