In today's edition of Fake News Friday with Candice Malcolm she highlights Tara Henley's open letter explaining why she recently resigned from the CBC. The New York Post is covering the story and is reporting that "A veteran news producer for the Canadian Broadcasting Corporation has said she quit in disgust at the national network jettisoning 'journalistic integrity' for a woke 'radical political agenda.' In an op-ed for the National Post, Tara Henley said she left following a flood of complaints about the dramatic change at the CBC over the last 18 months."

The Toronto Sun posted a video interview with Tara Henley as she continues to make news in the real world. Tara claimed that the role of the CBC "Is to become less adversarial to government and corporations and more hostile to ordinary people with ideas that Twitter doesn't like."

Basically she admitted what we've been saying all along. However, the problem is much bigger than the CBC. The problem is entrenched within Post Media News.

I do agree at one time the CBC was a credible and reputable source of investigative journalism. It was IMO one of the last stands of the free press while the media monopolies committed a systematic genocide of the press. The CBC broke the story that CSIS had a handler that helped plan the Air India bombing and were the ones that actually provided the explosives for that attack. Since then the CBC has lost it's objectivity just like all the other legacy media outlets.

The problem is, all her concerns with the CBC currently exist in all the mainstream media outlets. Specifically, Post Media News. Global Television had a long proud history of credible news reporting. As soon as they were bought out by Post Media News, their credibility tanked and has become a complete joke. When Post Media News bought the Toronto Sun they ran an article claiming that Chairman Mao did great things. That is bat sh*t crazy.

The Toronto's Sun's claim that they are for conservatives is both humorous and bizzare. They are now owned by Postmedia News. There's no turning back after that. The National Post used to be for conservatives when it was owned by Conrad Black. Now that it is owned by Postmedia News all of the list of complaints Tara made about the CBC also apply to the National Post as well as the Toronto Sun. It's like Fox News. Fox News is better than CNN but it's mission is to infiltrate the conservatives and lead them astray with globalism. CBC and Postmedia are the same. 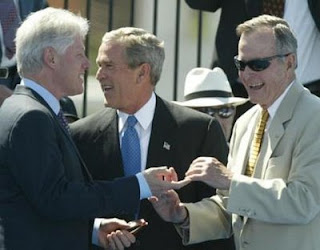 Mitt Romney is a globalist just like his pal Joe Biden. Joe Biden said he wouldn't have run for president against Mitt Romney. Mitt Romney is part of the same gadianton robber cabal the Bush family was. That is who Fox News endorses. Their objective is to infiltrate conservatives and lead them astray just like the Toronto Sun.

The mainstream media is still peddling the linear model of politics. They brand conservatives as right wing extremists and portray fake conservatives who are really globalists as moderates when in reality they are extremists. I don't care about Donald Trump. I don't like him or trust him but I hate Joe Biden and Hillary Clinton.

Tulsi Gabbard said Hillary Clinton represented the rot within the Democrat party and she was right. I like Rand Paul. He's sensible. He supports low taxes, small government and more freedom like every other true conservative. The fake conservatives who are really globalists are tax and spend pork barrel politicians like Stephen Harper. Even JFK supported low taxes.