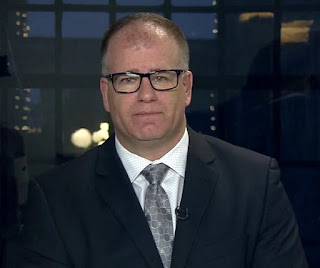 Chris Horsley, the lead investigator in the Lindsay Buziak murder has come onto my radar. For me, 2020 represents a new era where we begin to see things much more clearly. That is certainly the case with the Lindsay Buziak murder. When I sift through the troll's circus side shows, the truth becomes clear. Lindsay Buziak's murder investigation needs to be taken out of the hands of the Saanich PD and shared with the Integrated unit. The person preventing that from happening is Chris Horsley. It is time for him to be reassigned. He has demonstrated a conflict of interest.

If Chris Horsley was so interested in solving Lindsay Buziak's murder, why did he fly out to Calgary in August of 2017 and tell Jeff Buziak to stop doing what he is doing and shut down his website about his daughter's murder? That's not what he told Dateline.

When Chris Horsley and Trevor Dyck flew out to Calgary August 2017 requesting to meet with Jeff Buziak, Jeff was excited. He thought they were there to tell him in person they had made an arrest in his daughter's murder. He was sadly disappointed.

Horsley started by saying they were concerned about Jeff's mental health. That was a very peculiar thing to say. Police corruption can use the mental health act to arrest someone without charge and medicate them against their will.

When Jeff asked him what they were on about, Horsley told Jeff to stop doing what he was doing and demanded he shut down the website raising public awareness with his daughter's murder. Horsley threatened Jeff and said if Jeff didn't stop and shut down the website he would destroy him and launch a public campaign to attack his credibility.

There ya have it folks. Chris Horsley has outed himself. He needs to resign and hand over Lindsay's file to the Integrated unit. That is what he needs to do.

One unconfirmed theory is that Ziggy Matheson and Jason Zailo's brother Ryan were at the scene of the murder. That is the theory I believe. I do not believe that the Delalcazars had anything to do with it. The Australian podcast about the murder stated that Jason Zailo refused to provide a DNA sample. If Jason's brother Ryan was one of the murderers, then Jason's DNA would expose that. However, Jason was quick to contaminate the crime scene when he discovered the body by claiming he was doing CPR on Lindsay. Then why did he stop? You're not allowed to stop CPR once you start until someone else takes over.

I suspected Jason from day one. They say a picture is worth a thousand words. Every picture of Jason and Lindsay is creepy as f*ck. Initially, I thought the timing of the Calgary bust was suspicious. I thought Jason was the Confidential Informant in that bust and blamed Lindsay. Now I realize the timing of her murder was orchestrated. It had nothing to do with the Calgary drug bust. Her murderers did that to point the blame to someone else. One one of their rivals.

The nature of Lindsay's murder does not have the hallmark of a gang executing an informant. Stabbing her 40 times was personal. Ryan was the one initially interested in a relationship with Lindsay. It was his brother Jason who ended up winning her over by bringing her coffee at work every day. Stabbing her 40 times is something Ryan would do. That is not something a hired hit man would do. Just say'n. It's time for Chris Horsley to leave the building so it is. 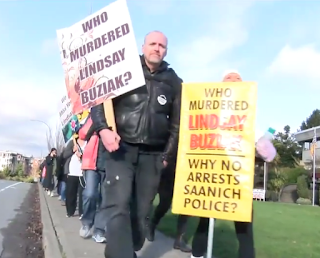 I endorsed Bob Deasy in Ontario because he was the real deal. Gary Rodgers is a fake. That's why he just writes fiction. Bob Deasy wasn't part of the FOCCers out west. (A bunch of dirty a*s swingers in the BC RCMP known as the Friends of Craig Callen) Bob Deasy is sincere and genuine. Gary Rodgers is not. Mr Rodgers bills himself as a deadly crime blogger. That's pretty funny. I've been doing this for over ten years and I've never heard of him.

I've heard of Mike on Crime. He does sports now. I've heard of Hal Hannon from Breaking the Code but I've never heard of Gary Rodgers. I just found out about him doing a search for Lindsay Buziak and saw that ridiculous post he made spinning for the Zailos. It's obvious he still just writes fiction. I don't do fiction or movies for that matter. I do real life.