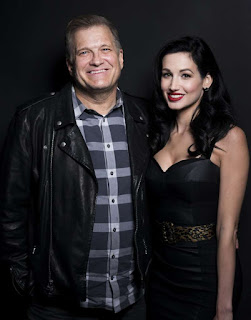 Fox news is reporting that "Dr. Amie Harwick, the ex-fiancée of comic and "The Price Is Right" host Drew Carey, was found dead in a Hollywood Hills neighborhood, and an ex-boyfriend was arrested on suspicion of murder, police told multiple news outlets Sunday. Harwick, 38, a Los Angeles family therapist, apparently plummeted from a third-floor balcony to her death early Saturday, TMZ reported. The suspect, 41-year-old Gareth Pursehouse, was arrested outside his home in Playa del Rey and booked on murder charges, the website added."

"Harwick and Pursehouse recently had broken up and she filed a restraining order against him, but it recently expired, Deadline reported." Now that is tragic. Murdering a woman because she broke up with you. You are a f*ck up and a sleazebag. Sounds a lot like the Lindsay Buziak case. 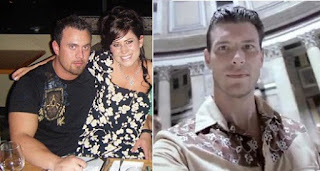 Posted by Dennis Watson at 2:05 AM