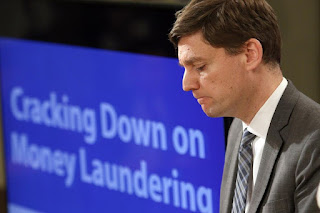 The Canadian Press is reporting that "British Columbia's attorney general hopes an inquiry into money laundering will answer lingering questions about how the criminal activity flourished in the province and identify those who allowed it to happen. David Eby's government commissioned three reports that revealed B.C.'s gambling, real estate and luxury car industries were hotbeds for dirty money, but he said an inquiry will be able to dig deeper because it can compel witnesses to speak." This is ridiculous. This is partisan smoke and mirrors.

David Eby is like salt that's lost it's flavor - good for nothing. We all know that money laundering in BC Casinos is a big problem and that Rich Coleman is at the root of it. However, David Eby has no desire to solve the problem, he just wants to profit from it. If David Eby wanted to solve the problem he'd bring back the Outlaw Motorcycle Gang Unit and put Organized crime back under Provincial Jurisdiction. He won't do that because he's part of the problem not part of the solution. He just wants to seize the proceeds of crime without lifting a finger to stop it.

When you make a big song and dance announcing that you are *going* to start addressing money laundering in BC Casinos, that's just like publicly announcing you are going to do a drug raid before you do it. It tips off the drug dealers so they can move their money somewhere else. Money laundering in BC Casinos is a problem but it's also a problem in real estate and nightclubs especially on Vancouver Island.

The police in BC have stopped doing undercover drug trafficking investigations ever since the Kelowna Summer Jam back in 2012. All the other provinces do. BC doesn't. That's why all the other provinces make drug busts and BC doesn't. The recent VPD bust was an accident. It wasn't the result of an undercover investigation. The police are supposed to stop crime not profit from it.

Petition: Lindsay Buziak's murder investigation needs to be taken out of the hands of Saanich PD

Jeff Buziak has added some interesting comments on this post over on the Lindsay Buziak blog.

I'm somewhat disappointed Mike Farnworth said his hands are tied with regards to transferring the file for the Lindsey Buziak murder investigation out of the hands of Saanich and into the hands of the Integrated unit. He's their boss for f*ck sakes. He needs to grow a pair. The Saanich PD has to be accountable to someone other than themselves and he's the AG.

Chris Horsely should not be involved with that investigation and the file should be handed over to IHIT. The RCMP keep lobbying for more work. Here's their opportunity.

Evidently, Shirley Zailo manages Remax Camosun Westshore on Goldstream Avenue in Langford which is in John Horgan's riding right around the corner from his office. Perhaps that's what Mike Farnworth meant when he said his hands were tied. BC Rail deja vu. 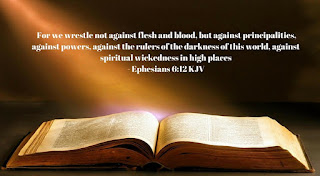