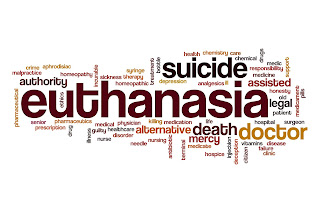 The Vancouver Sun i reporting that "Delta’s 10-bed hospice facility is losing its provincial funding and may have its building claimed by the Fraser Health Authority, after refusing to allow medically assisted dying. Health Minister Adrian Dix said Tuesday he’s instructed Fraser Health to stop paying $1.5 million annually to the Delta Hospice Society within the next year because it is violating federal law and B.C. government policy that requires medically assisted dying be made allowed at non-denominational facilities that receive more than half their funding from the province." That is sadly unfortunate.

“What this means is that the Delta Hospice Society will have no role to play in publicly funded hospice care again after this 365-day period,” said Dix. “We now have 365 days to determine how we can ensure hospice services can remain in Delta. We may take over the existing site. We may find another site. These beds will not move out of Delta.” The government may at the end of the year take possession of the building, which is on Fraser Health Authority land rented for $1 a year to the hospice society, said Dix."

On the right we can have religious extremists. On the left we can have religious haters. One is no better than the other. Hospice provides a vital service to families as they deal with death and go through the grieving process. If someone is uncomfortable performing assisted suicide, you can't force them to do it. Or at least you shouldn't be allowed to as that is a clear violation of their Charter right. You don't have to be religious to be uncomfortable with assisted suicide. I'm not against allowing it because I concede that there may be some instances where someone might say let me die with dignity. I get it.

However, suicide is a big problem in Ireland and the UK. Under normal circumstances we are morally bound to discourage suicide not encourage it. I have a huge concern with assisted suicide as it could easily become a money matter. Someone could say, look you're costing your family money, kill yourself. Adrian Dix says if someone is uncomfortable with that they will lose government funding. To me, that is extremism. I will liken it to the Gay marriage legislation.

When debating the Gay marriage legislation, some people were for, some were against. The United Church of Canada had the perfect compromise. They said allow Gay marriage civilly and allow religious institutions to perform Gay marriage if they chose but don't force them against their will as that would inhibit their religious freedom. It was the perfect balance because if two Gay people want to get married, no one really has the right to stop them.

Yet you can't say to the Catholics, Muslims or Jews that they have to perform Gay marriage in their places of worship if they don't agree with it. Religious freedom is a fundamental right. Religious haters who then turn around and say well if you don't perform Gay marriage in your places of worship, we'll remove your charitable status. That would be petty and vindictive.

Likewise, what Adrian Dix and the NDP's hanging by a threat minority government is doing to the Delta Hospice facility is petty and vindictive. I do not agree with it. Shame on you.