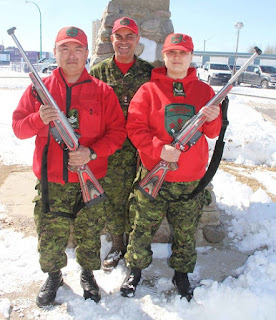 Although Justin Trudeau has dropped the ball in the Natural Gas dispute, there is still time for him to make a recovery. He can still pick the ball up and run with it. Not taking counsel from Andrew Sheer was undemocratic. In the last election Andrew Sheer received 230,000 more votes than Justin Trudeau did. Ignoring the democratic will of Canadians is just like ignoring the democratic will of the Wet'suwet'en members. It is a bad precedent for everyone.

In the last election I voted for Andrew Sheer because he was the voice of reason within a circus side show of extremism. Jagmeet Singh lost all the gains Thomas Mulcair had earned for the NDP in the previous election because of his extremism. When you listen to his position on the issues, Jagmeet Singh is so far left he is in the realm of intergalactic space.

In Surrey, Tom Gill betrayed the Sikh community by railroading a mega casino they opposed. He was not reelected. Jack Hundial broke his campaign promise and is going against the will of the Surrey Temple leaders. What do you think is going to happen to him next election? The same thing that will happen to Justin Trudeau if he listens to Jagmeet Singh.

We need to uphold law and order. We need to support the members of the Wet'suwet'en reservation and help stop their oppression by a dictatorship that refuses to listen to them. So this is what we do. We pull the RCMP out and replace them with Canadian Rangers to keep the peace on the Natural Gas Pipeline. The northern Rangers are mostly Inuit.

Canadian Rangers in an organization within the Canadian Armed Forces created to provide a paramilitary presence in the North of Canada and in other remote areas using mainly local aboriginal populations. They are created to respond to domestic operations. The 4th Canadian Ranger Patrol Group provides patrols for national-security and public-safety missions in sparsely populated, coastal and isolated areas of Western Canada. Protecting the Wet'suwet'en people from abuse and oppression is what they were created to do.

We all remember Pierre the Lion Heart. Now we are faced with Justin the Clown Heart. History has recorded that but it's not too late to change history. F*ck fate. Grow some balls and do what's right. Make Daddy proud. Right now he is not impressed. Even your own father disagrees with you. You dropped the ball. That's OK. We'll forgive you IF you pick the ball up and run with it. Send in the Canadian Rangers. That is the right thing to do. 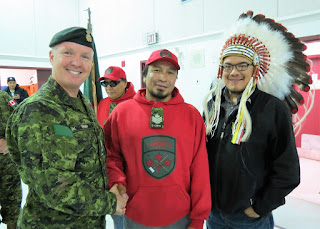 The National Post is reporting that "A blockade set up on a Canadian National rail line on the western edge of Edmonton in support of Wet’suwet’en hereditary chiefs was being dismantled - at least temporarily - Wednesday after a handful of counter-protesters showed up.

CTV is reporting that "Edmonton's top cop says his force will uphold the law if there are more CN Rail line blockades in the city but added no one would tell his police force how to do that. A judge granted the freight company a 30-day injunction throughout Alberta Wednesday after a demonstration and counter protest took place on its line west of Edmonton. Edmonton Police Service monitored the action, and said it had been ready to assist CN Rail Police, if required."

"There's the right to protest, but there's also a right to go to work," McFee told media Thursday. "I think we've got to balance that and make the right decision at the right time based on each situation." The Edmonton Police chief has it right. Perhaps we should arrest Justin Trudeau for refusing to uphold the law. Or at least sue him and the blockade for cost and damages.

No kidding. Counter Protesters removing blockades is the natural consequence to Justin the Clown heart's weak kneed response to lawlessness. If Justin Trudeau won't enforce the law, we will. It becomes a civic duty. Justin Trudeau should be in jail for refusing to enforce the law. We can sue him and the blockade for costs and damages in a civil court.

Update: Junior says it's time for the blockades to come down. Finally!

The Canadian Press is reporting that " Protesters have left a site south of Montreal where they had been blockading railway tracks since Wednesday. The end of the blockade follows the arrival this afternoon of riot police dispatched to enforce an injunction ordering protesters off Canadian National Railway tracks in St-Lambert, Que." Enforce the law. It's that simple.

Posted by Dennis Watson at 6:29 PM