Julian Assange denied the right to a fair trial in England 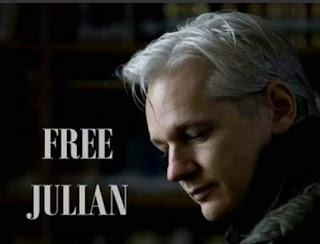 AFP is reporting that "WikiLeaks founder Julian Assange on Wednesday briefly disrupted his extradition hearing in Britain to complain about being forced to sit away from his lawyers. The 48-year-old Australian stood up and launched an impromptu courtroom address from inside the glass-panelled dock of the court during the third day of the hearing, being held in southeast London. "I can't speak to my lawyers with any proper confidentiality," he complained, noting microphones near the dock could pick up conversations."

Trump should be pardoning Julian Assange. Oh but wait, the NZ Scoop is reporting that "Ever since WikiLeaks founder Julian Assange was slammed by Trump’s Justice Department with a mountain of espionage charges carrying a possible sentence of 175 years in prison, QAnon acolytes have been showing up in my social media mentions with screenshots of a new post from the mysterious 8chan anon assuring us all that Assange is actually being protected by Trump.

So let me get this right. Donald Trump's Justice Department charged Julian Assange with 17 counts of violating the Espionage Act, carrying a maximum sentence of 175 years in prison. The Espionage Act for f*ck's sake. While this is happening, QTip claims everything's OK Trump is really protecting Julian. Not. Q is CIA. Q is leading the way and spinning the quest to lynch Julian.

The charges that Julian Assange is now facing are because of Donald Trump. Now England is denying him the right to a fair trial in his extradition hearing. That is disgusting. 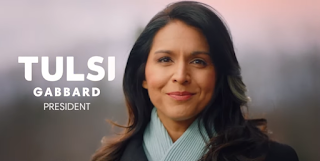 Tulsi Gabbard states that she would drop the charges against Julian Assange and Pardon Edward Snowden. It's that simple. Anyone have to wonder why I'm endorsing Tulsi Gabbard for President? She is the one that will drain the swamp. The rest of you have been conned. 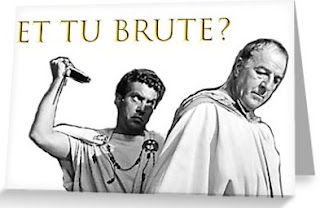