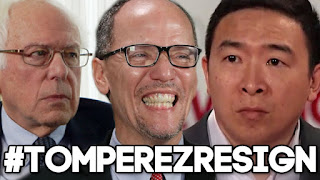 The Week is reporting that "Apparent attempts by Democratic National Committee Chair Tom Perez to absolve himself of responsibility over the Iowa caucus fiasco have sparked many in the party to begin calling for his resignation. "It's a lack of leadership," Rep. Marcia Fudge (D-Ohio) told The Hill in an interview Friday. "If you have the Iowa situation you don't throw them under the bus, you stand up and you support and you try to fix it. He doesn't lead on anything."

What happened was Perez created a manufactured emergency then blamed it on Iowa to rationalize getting rid of volunteers and replacing them with his own paid staff. Oh the cunning plan of the evil one. CNN is promoting the fraud. Twitter is now trending with #TomPerezResign.

Tulsi Gabbard said the trust voters deserve under Perez's leadership has been broken. “Under the leadership of Tom Perez, the DNC has kowtowed to billionaires, caused a debacle in Iowa, and undermined the voter’s trust in our elections.” Exactly. This is why last election we had to chose between Hilary Clinton and Donald Trump. Two sh*tty candidates that shouldn't have been on the ballot. The process needs to be more accountable to the voters. 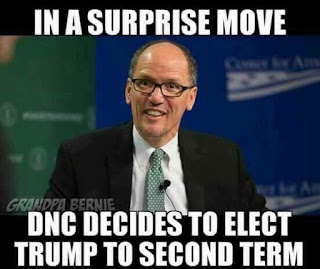