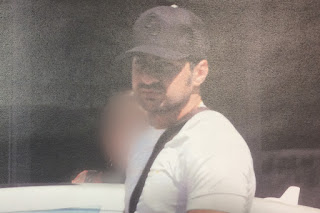 The Montreal Gazette is reporting that "Alkhalil’s trial is being held at the Gouin courthouse in northern Montreal where he is charged with smuggling cocaine into Canada, conspiracy to do the same and other related charges." I do not believe that Shane Baloney was a leader in Montreal’s West End Gang. Shane was from Burnaby. Larry Amero knew him from here.

La Press has a good overview of what was said in court and ties it in with Frédéric Lavoie who was murdered in Colombia. As we previously reported, Steven Skinner murdered and dismembered Frédéric Lavoie in Colombia becasue he skipped town without warning Larry Amero and the others about the coming bust after they got a tip from a dirty cop.

Timoleon Psiharis, who also skipped town after receiving early notice of the pending drug bust was murdered in Greece of all places. Psiharis was tortured, doused with acid and beaten to death in Greece in 2012. The same time that fat a*s Damion Ryan was in Greece around the same time he got his Filthy Few Patch. Imagine that.

So here we have a Surrey girl f*ck up who can't show his face in Surrey without getting capped, ordering the murder of two Quebec members because they had a dirty cop on the payroll and didn't warn them about the bust. First of all, they didn't have time to and second of all, Larry Surrey Girl Amero is a nobody. Capping Quebec members will get him capped. Same thing with that Damion Ryan f*ck up. That's why he wants to join the Witness Protection Program so bad with the rest of the Cub Pack. Police escorts to sell cocaine. They all want in on that.