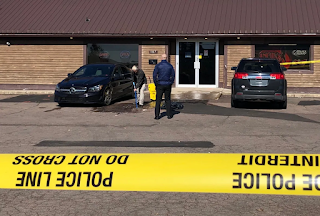 The RCMP is reporting that "On February 20, Alain Simplice Bweso appeared in Moncton Provincial Court, and was charged with one count of possession of cocaine for the purpose of trafficking. He was remanded into custody and is scheduled to return to court on February 24, for a bail hearing." Alain Simplice Bweso was shot outside a nightclub October 2019.