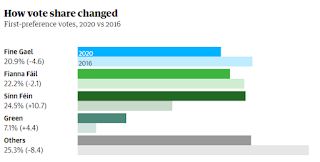 The Guardian is reporting that "Sinn Féin will try to form a government in Ireland after apparently winning more votes than any other party in Saturday’s general election – a historic result that upended the political system." Well Tiocfaidh ár lá.

"Sinn Féin, once a pariah for its IRA links, won almost a quarter of first-preference votes, possibly pipping Fine Gael and Fianna Fáil, two centrist rivals that have taken turns ruling Ireland for a century." Fine Gael and Fianna Fáil - they're all cool names with historic roots. Anciently the Fianna were famous Irish warriors led by Fionn Mac Cumhaill.

CNN is billing the Sinn Féin as a left wing party. That would be Labour. Historically the Sinn Féin was the political wing of the IRA and called themselves Republicans because they believed in a free republic as the Irish Proclamation attests. The British Press is going to denounce Sinn Féin for it's historical roots. Yet they don't seem to be willing to denounce generations of British occupation and oppression so lets all move on shall we? If it wasn't for the Republican Army, there would be no free elections in Ireland. Erin Go Bragh, Tiocfaidh ár lá. 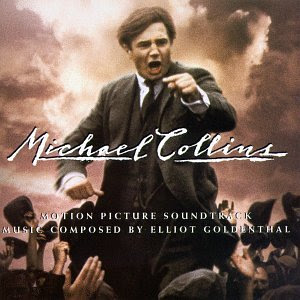