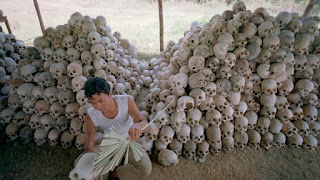 The Vancouver Sun is reporting that "A blockade by Coastal GasLink protesters at Canadian Pacific’s Port Coquitlam rail yard ended early Friday, but not before shutting down the West Coast Express, and stranding thousands of morning commuters."

"TransLink confirmed early Friday morning that the West Coast Express service leaving Mission City Station was suspended because of protesters blocking the railway adjacent to the Pitt River Bridge. A bus bridge was set up to help commuters travelling from Mission to Coquitlam Central Station. However, after the five morning West Coast Express trains ended, the protesters packed up and left the protest camp, according to Port Coquitlam Mayor Brad West. It’s unknown whether the protesters plan to return to the blockade."

That is why they oppose the democratic will of the Aboriginal members of the Wet’suwet’en First Nation. It's because they are Communists not environmentalists. Generating electricity by burning natural gas is far better for the environment then burning coal.

It's a good thing I wasn't on that train. If any of these freaks try and stop me from going to work there's going to be a fight. The police need to arrest them but we need to do our part as well since the police can't be everywhere. As Jesse Ventura said, the right to bear arms has nothing to do with hunting. It's not just to fight against a corrupt government either. It's also to fight against an invading army or a domestic coup against democracy. Oath keepers arise.

Communists don't have the right to restrict your mobility rights which is protected by the Canadian Charter of Rights. If they block your way you have a legal right to press past them. If they use physical force to stop you you are legally permitted to use physical force to move past them. That is what this is going to take. We need to outflank them. They can fight with the police on one side but they are going to have to fight with us on the other side. Sling shots are a good start.

It was in Haney. Jesse, that's your side of the river bro. That's your crib. Get your sh*t together. I don't think the Red and White supports that. Unlike these welfare Communists, the Haney members have jobs. This needs to be dealt with. We need to support law and order.

This is not about white supremacy. This is about equality and democracy. Communists hate Fascists but they are the exact same thing, just another dictatorship that opposes democracy. The real name of the Nazi party in Germany was the the National Socialist German Workers' Party. This is a coup against democracy and we need to oppose it with a passion.