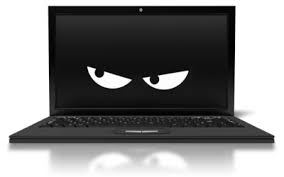 In 2015 CBC reported that "Saanich Mayor Richard Atwell’s concerns about spyware on his office computer at city hall were legitimate, says a report from B.C.'s information and privacy commissioner. Atwell claimed earlier this year that the software was being used to spy on him by recording his keystrokes and taking screen shots."

"While Privacy Commissioner Elizabeth Denham's report doesn't deal directly with Atwell's allegations, she found that the security software installed by city staff collected far more information than allowed under the Freedom of Information and Privacy Act."

The question is, who installed the spyware on his computer. The CBC article implied that it was spyware the employer installed to monitor it's employees but went further than allowed by law. However, the former mayor implied something much sinister was involved.

Later that year the Vancouver Sun reported that "The Police Complaint Commissioner will not investigate claims made by Saanich Mayor Richard Atwell about the conduct of his own police department, finding the complaints inadmissible since they don't constitute misconduct under the Police Act." Mayor Atwell who was a computer techie acused the Saanich PD of being the ones that installed the spyware on his computer.

The privacy commissioner ruled his complaint inadmissible because spying on computers without a warrant didn't constitute misconduct under the police act. AYFKM? Warrantless surveillance is illegal. "After requesting further information from Atwell and examining material from other sources, Lowe quashed any investigation." Lowe was appointed police complaint commissioner one week after exonerating the RCMP involved in the Airport taser fiasco.

"Retired B.C. justice Wally Oppal was called in to broker dispute resolution between Atwell and Saanich police, but on May 15, after four months of back-and-forth meetings, his efforts failed, according to a statement released by police complaint commissioner Stan Lowe this afternoon."

AYFKM? Wally Oppal should be in prison for shutting down the Missing Woman's inquiry as soon as the Hells Angels were mentioned. "Atwell said the police department was in conflict since Saanich Police Chief Bob Downie's wife, Jennifer, is an executive assistant in the mayor's office and the spyware was also installed on her computer."