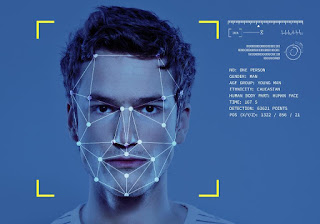 CBC is reporting that "Toronto police have admitted some of their officers have used Clearview AI — a powerful and controversial facial recognition tool that works by scraping billions of images from the internet — one month after denying using it. Spokesperson Meaghan Gray said in an email that some members of the force began using the technology in October 2019. She did not say what for or how many times it had been used." Just like they admitted to using Stingrays.

"Chief Mark Saunders directed those officers to stop using the technology when he became aware of its use on Feb. 5, she said. Gray did not say who originally approved the use of the app. Clearview AI can turn up search results, including a person's name and other information such as their phone number, address or occupation, based on nothing more than a photo. The program is not available for public use. Gray said officers were "informally testing this new and evolving technology." She did not say how the chief found out."

"Concerns began mounting about the software earlier this year after a New York Times investigation revealed the software had extracted more than three billion photos from public websites like Facebook and Instagram and used them to create a database used by more than 600 law enforcement agencies in the U.S., Canada and elsewhere."

"In January, Toronto police told CBC News they used facial recognition, but denied using Clearview AI. It's unclear if police purchased the technology — if so, it was never disclosed publicly — or were allowed to test it. At the time, Ontario Provincial Police also said they used facial recognition technology, but wouldn't specific which tools they used. The RCMP would not say what tools it uses. Vancouver's police department said it had never used the software and had no intention of doing so." But that's what Toronto said until they were caught. What's that stingray antenna doing on the back of the East Vancouver Courthouse?

Global is reporting that "This was weeks after the New York Times first reported that hundreds of law enforcement agencies were using Clearview AI’s app, which cross-references uploaded images of people against three billion photos it says it has in a database of images scraped from social media and millions of other websites." This is the facial recognition that Facebook uses. 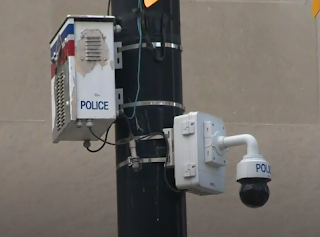 China uses SenseTime which is Orwellian.