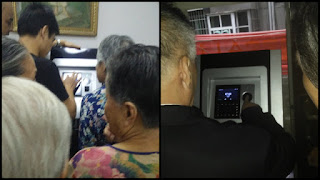 CHVN Radio is reporting that "Christian persecution and surveillance increases as the Chinese government installs surveillance devices in churches throughout China. The Chinese Communist Party (CCP) plans to check the identity of anyone who enters a place of worship through new facial recognition systems. The government controls many Three-Self churches around China and first began this invasive initiative with them in September.'

"By October, various other state-sanctioned churches in Urumqi, the central province of Hubei, and more were forced to record their membership. Congregation members are required to stand in line and have their faces and fingerprints scanned prior to attending church."

This is George Orwell. When we talked about how the Chinese Communist Party was throwing Falun Gong members in prison and executing them for organ harvesting, they said the Falun gong are crazy. They're a cult. I said no they're not. They are Buddhists like the Dali Lama. Is Tibet crazy? Of course not. Tibet is oppressed.

The Chinese Communist Party persecutes Muslims, Christians and Buddhists for their religious beliefs. Scanning their finger print and using facial recognition software to track them is evil. It is reminiscent of Hitler's registration of Jews before the Holocaust. Fascism and Communism are both an abomination. They are the same thing. The Nazi party in Germany was called the National Socialist German Workers' Party.

SenseTime is an artificial intelligence company. In 2019, the company was placed on a Bureau of Industry and Security blacklist for allegedly using its technology for human rights abuses in Xinjiang. This is a colossal concern.

China's Communist propaganda tabloid is reporting that "All foreigners will soon have to give their fingerprints upon entering China, with the new rule taking effect at Shenzhen’s airport on Friday." 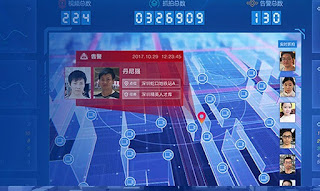 Posted by Dennis Watson at 4:37 AM