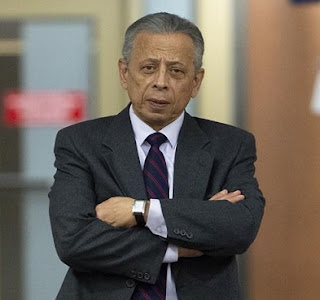 The National Post is reporting that "A former SNC-Lavalin executive has been found guilty of paying off foreign officials and pocketing millions as he worked to secure contracts for the Canadian engineering company in Libya. A jury found Sami Bebawi, 73, guilty Sunday of all five charges he faced, including fraud, corruption of foreign officials and laundering proceeds of crime. SNC-Lavalin transferred about $113 million to shell companies used to pay off people, including Saadi Gadhafi, who helped the company secure deals in Libya."

The key point here is that he wasn't a former executive at the time. In fact, "He denied the allegations, saying the millions were compensation for completing complicated contracts, authorized by the former president of the company, Jacques Lamarre." The problem is "The Crown had said Bebawi was behind a "business model" that involved kickbacks and payoffs to foreign agents to secure lucrative deals for the Montreal-based engineering giant in Libya."

It wasn't just one executive in one country it is a business model within SNC Lavalin.

Under the reign of Jacques Lamarre and Pierre Duhaime, political parties were lavishly showered with illegal contributions under Canadian law. Former SNC-Lavalin CEO Pierre Duhaime plead guilty to a charge of helping a public servant commit breach of trust for his role in a bribe scandal around the construction of the $1.3-billion McGill University Health Centre.

That's the same hospital Arthur Porter was involved with and faced charges for before his mysterious death in a Panama prison. A Quebec inquiry was told that Arthur Porter and Yanai Elbaz split a $22.5M payout in the biggest corruption fraud in the history of Canada.

Yanai Elbaz, a former hospital executive who pocketed a $10-million bribe in return for helping engineering giant SNC-Lavalin win a Montreal hospital-building contract was sentenced to 39 months in prison. The problem with the Sami Bebawi case is that just like Oliver North, he was authorized to do everything he did. It is a business model within SNC Lavalin. That is why we have to cut them loose. The sky will not fall if we do. Other private Canadian companies will win the contracts and employ Canadians without embezzling so many millions of tax dollars.

CTV is reporting that "SNC-Lavalin has pleaded guilty to one charge of fraud over $5,000 and will pay a $280-million fine, federal prosecutors announced in court Wednesday in Montreal. The construction division of the company will have five years to pay the fine and will be on probation for three years. In return, prosecutors will withdraw other corruption-related charges against SNC-Lavalin Group Inc. and its international marketing arm, SNC-Lavalin International Inc."

This decision involved the entire company not just one *former* executive.