Fatal shootings in Toronto and Calgary 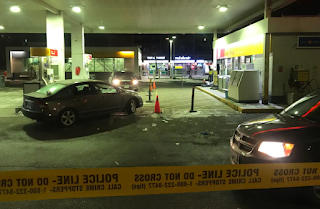 CBC is reporting that "A man has died in hospital following a triple shooting on Highway 400 in North York on Saturday night, Toronto police say. The shooting left two other men seriously injured. The shooting between two moving vehicles happened in the southbound lanes between Steeles Avenue and Finch Avenue West."

The Calgary Herald is reporting that "Two people are in hospital after a shooting early Friday morning in the southeast community of McKenzie Towne. Two adult men were found inside a home there, one with life-threatening injuries and the other with minor injuries." 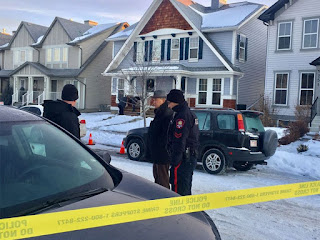 Police shot a man dead in Cochrane on Friday evening. After a man barricaded himself in his home "RCMP said alternative means were deployed to force the man out. When he exited the home, a confrontation occurred and, ultimately, an officer discharged their weapon and injured the man. He succumbed to his injuries and was pronounced dead en route to the hospital."