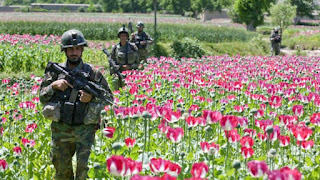 CBC is reporting that "Ontario is joining five other provinces in a class-action lawsuit against dozens of opioid manufacturers. The province passed legislation late Wednesday allowing it to join the British Columbia-led suit, which alleges that drug manufacturers falsely marketed opioids as less addictive than other pain drugs."

This is ridiculous. The problem isn't Perdue or Sackler, the problem is us. We are promoting addition through harm reduction and the refusal to enforce the law. Pharmaceutical companies make pain killers. I don't think many of us would like to attend the hospital with chronic pain or under go surgery without pain killers. Ottawa and BC are promoting addiction through lethal injection sites and the abandonment of the Four Pillar program. When you refuse to enforce the law you become criminally culpable for the lawlessness you create.

Natural blaze is reporting that "An affiliate of the U.S.-based pharmaceutical company that brought us OxyContin, the blockbuster painkiller blamed for propelling opiate addiction to epidemic proportions, is now seeking to cash in by selling the cure to overdosing on the same drug. While Purdue Pharma, the major pharma firm owned by the notorious Sackler family, is engulfed in a tidal wave of negative public opinion and lawsuits across the United States, its overseas affiliate Mundipharma has quietly expanded across the globe in a bid to monopolize the market for treating opioid overdoses, the Associated Press reports."

"Mundipharma’s flagship product is a naloxone nasal spray called Nyxoid, which recently received approval from regulators in Europe, Australa, and New Zealand. The company’s European division has attempted to present the antidote as an important option for combating heroin overdoses, which remains a leading cause of overdose deaths across European countries." In this case, the government needs to sue itself. 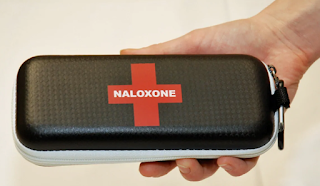 "Even as an epidemic of painkiller abuse was blamed for record numbers of overdoses and reduced life expectancy, the nation’s largest opioid distributors, their subsidiaries, and employees gave more than $23 million in campaign contributions to federal candidates over the last decade."

Posted by Dennis Watson at 1:30 AM