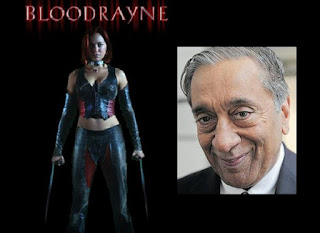 Post Media Trash is reporting that Wally Oppal, the criminal "in charge of a joint provincial-city committee tasked with overseeing Surrey’s transition from the RCMP to its own police force says Mayor Doug McCallum is incorrect in his claim that the work will be finished by Dec. 11 and ready for Public Safety Minister Mike Farnworth’s perusal."

We knew placing him as the chair of that committee was a fraud. Wally Oppal should be in jail. Post Media Trash supported him to chair the Pickton Inquiry. We knew that was the wrong choice because he totally screwed up as AG for BC. As soon as the Hells Angels were mentioned, he shut down the inquiry and turned it into a less adversarial panel discuss so he could more easily block evidence and prevent the Hells Angels from being discussed. God help us. No one else will.

Welcome to Beautiful British Columbia. The most corrupt province in the country.

Public consultation happened at the election. We voted for Skytain and a Municipal police force.