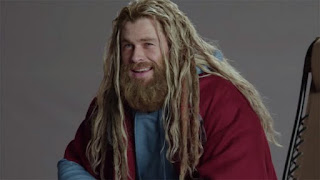 CBC has posted an article from an interview they had with Surrey's Mayor Doug McCallum one year after the election. The article admits that throughout the interview Doug McCallum stayed on point. His recurring theme was "We campaigned on that." Indeed he did.

Doug McCallum has kept his word. Others have not. When asked about the three councilors that jumped ship he responded with "Those councillors changed their position on what they campaigned on." That is exactly what they did. They broke their promise.

Doug McCallum and the Safe Surrey Coalition campaigned on the platform of stopping the LRT down 104th and promoting Skytrain over LRT. They also campaigned on getting rid of the RCMP in Surrey and forming a municipal force. Doug McCallum has kept his promise.

When Doug McCallum let Steve Pettigrew join his team I thought oh no, McCallum has been conned. Steve Pettigrew is a complete idiot. Doug McCallum meant well. He wanted to reach out to the Green Community. Only Steve Pettigrew was not it. Steve didn't lead the Hawthorne Park campaign, he sabotaged it. He withheld crucial evidence from Roslyn so the legal challenge wouldn't have standing. He is an eccentric whose first move after the election was to complain about the celebration of Halloween. When Steven Pettigrew Tanked he admitted "You’ve seen council right, it’s usually eight to one, vote after vote after vote after vote.” It's not hard to understand why his attempt to ban Halloween got voted down as did his other cockamany ideas.

Jack Hundial was another concern from the get go. If you are going to get rid of the RCMP, how is a former RCMP officer going to help with that? Sure enough, as soon as he was elected he changed his position on that crucial platform. He broke his promise.

Doug Elford is a shining star the biased media is overlooking. We remember what Linda Hepner and Tom Gill were like. The remaining councilors in the Safe Surrey coalition: Dr. Allison Patton, Mandeep Nagra and Laurie Guerra are rock solid.

At first I was neutral on the idea of forming a municipal police force in Surrey. Now I understand how important that has become. The RCMP in the E Division headquarters have lost faith in themselves and have given up on law enforcement. Instead of trying to stop crime they are trying to find ways how to profit from crime. That is inherently evil. In the struggle between good and evil the Surrey RCMP are on the wrong side. They need a change in leadership. Green Justice.