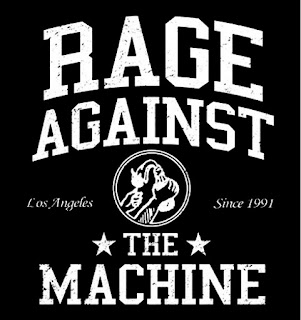 Post Media News claims the Surrey RCMP seized 30 kilos of cocaine but I think they are lying because their tainted press release is full of contradictions. Oh they did have 30 kilos of cocaine on display but what was that really from? Was it the cocaine they seized from Glen Hehn before they became compromised?

The tainted press release claims "Most of the cocaine was seized during a targeted traffic stop on Nov. 22 in the 11900-block of 80 Avenue, which saw two people arrested. During the traffic stop, officers found a suspicious bag inside the vehicle that contained 30 individually wrapped packages of suspected cocaine. Cash totaling $5,000 and a $25,000 money order were also found and seized. The rest of the drugs — 392 grams — were seized on Nov. 8 during another traffic stop just before midnight in the area of 152 Street and 81 Avenue."

The reason why I'm skeptical is because the RCMP are watching the drug trafficking out of Shakerz and defiantly refuse to do anything about it. When Leanne Yardley bought what she thought was cocaine from a Hells Angels associate in Shakerz and died because it wasn't cocaine it was straight fentanyl, the Surrey RCMP didn't release her name or the name of the bar she died in. They simply said other drugs are being found laced with fentanyl now.

Post Media news is not credible. They have an agenda. Doug McCallum won the election in Surrey with a promise to promote Skytrain over LRT and a municipal force over the RCMP. Right after he won the election, Post Media News continued their campaign to thwart the democratic will of Surrey by pushing LRT and keeping the RCMP despite the fact that Surrey's South Asian temple leaders push solicitor general to let city replace RCMP. Oh that was CBC that reported that not Post Media Trash. CBC has credibility. Post Media News does not.

Post Media reports are not news. It is sheer propaganda. One article here, one article there. Another over there. They all promote the same thing through different outlets to make it look like independent news outlets confirm the propaganda when in reality they aren't independent news outlets. Post Media news owns them all and is pushing Corporate Communism. The tax and spend insider trading fiscal irresponsibility Surrey First was famous for. That is what the Corporate Media does. They don't report news. They push an agenda where their sponsors get rich from tax dollars and give them a kickback in advertising.

As I said before, the Surrey RCMP have cub pack associates in the Witness Protection Program who get police escorts to sell cocaine. It's time to cut them loose. Just ask Morgan Nicholson.

If the RCMP were confronting drug trafficking, Len Pelletier would be in jail. Whatever happened to the charges against Lenny? They magically disappeared. Do the math.