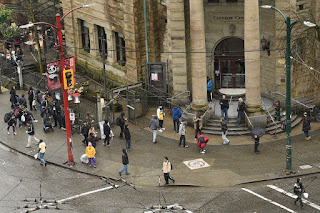 The Vancouver Sun is reporting that "A man who was convicted of possessing fentanyl for the purpose of trafficking and possessing a loaded firearm has been sentenced to nine years in prison. In June, Warren Brett Oswald, 37, pleaded guilty in B.C. Supreme Court in Vancouver to the drug and firearm offences after an unsuccessful attempt to get the evidence excluded."

In 2013 the Brandon Sun reported that "A longtime criminal and drug courier who got caught in a car with cocaine vows to stay out of trouble from now on. Warren Brett Oswald said he plans to pursue his education while in prison and to get a job when he gets out. 'I’m going to get out of this criminal lifestyle,' Oswald told Justice John Menzies in Brandon Court of Queen’s Bench." Not. Mandatory treatment should be part of his sentence. That's the Portugal model.