In Defense of the Royal Family 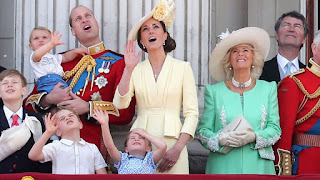 Randy Andy is in the news again. Now it appears that Prince Andrew is stepping down or at least stepping back from royal duties. Some media outlets refer to it as a royal resignation if there is such a thing. I will comment on the Jeffrey Epstein saga in a separate post but before I do I want to set the record straight. Prince Andrew may well be the black sheep of the family but he isn't a bad guy. He's a bit of a flake and thank God nothing like his older brother Charles. I guess it was kind of hard growing up in the heir's shadow. I'm not sure why. Prince Harry is rock solid. 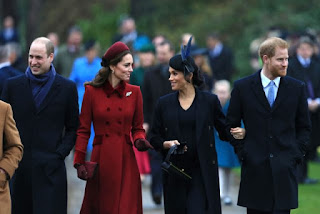 William and Harry have dignity and class as do their lovely wives. Someone recently sent me a link to a YouTube video trashing the royal family and it was so toxic I couldn't watch it. It's really not healthy to dwell on that kind of hate. The video trashed on Meghan Markle for being American. Really? You're going to hate on her for that? Meghan Markle is a huge step forward for the royal family just like Princess Diana was. Meghan Markle is a wonderful person as is Kate Middleton. Kate Middleton carries the class, competence and compassion of Diana. Kate and Megan are the wives of Princess Diana's sons. Have a little respect.

I'm not a big fan of monarchies. I'm a fan of democracy. History has shown us that the difference between a good leader and a bad one can be colossal. This royal family is the epitome of good. Charles carries the dignity of the royal family nobly. He married Dianna because he was told to. Most older men covet the young bride thing. Charles didn't. After Dianna passed away he married his true love, Camilla. Charles wanted to be with someone his own age. That exemplifies his self respect. Dianna's legacy is forever entrenched in her children but Charles is a man like unto Robert the Bruce. Remember him? Charles is a descendant of the Bruce.

In the movie Braveheart, Longshank was a bad king who did horrible things. William Wallace supported the Bruce. The Bruce was good as was Richard the Lionheart. God knows all of us have had good leaders and bad leaders in the past. We need to support good leaders.

We are told that there will be a monarchy in the Kingdom of Heaven. We are told that Jesus is the king of kings and will one day sit on a throne. Will we support him or will we trash him? Given his zeal, we can fully support him. Having said that, Israel at one time was ruled by kings. David and Solomon are the most famous but there was a long succession of kings in Israel before they were replaced with judges. Judah is one of the 12 tribes of Israel most of the Jews descend from. It has been said that the sceptre shall not depart from Judah. King David was of the house of Judah as was Jesus Christ who was also a descendant of David. Jesus is the lion of the root of David.

Although the Queen of England is of Scottish ancestry, legend has it that she too is of the house of David. After King Zedekiah's sons were killed, the prophet Jeremiah took two of Zedekiah's daughters to Egypt during the Babylonian captivity. That is recorded in scripture. From there, legends claim that Jeremiah left Egypt with Zedekiah's daughters on the ships of Tarshish and sailed to Spain where one of the daughters married into Spanish royalty.

The other daughter came with Jeremiah to Ireland along with the stone of scone where the other daughter, Tara Tephi, married Irish royalty who the Scottish kings and the current royal house descend from through Fergus Mór Mac Earca. In fact, before that, legend claims Pharez's twin brother Zara Judah was the father of British royalty who the daughter of Zedekiah married into.

Some believe that when Christ returns he will sit on the British throne. I personally think that's a bit much to expect but I do believe that the current royal family descend from the house of Judah and are of the house of David in fulfillment of the prophecy God made through Moses.

God save the Queen yo. Lest we forget the Queen of Hearts. 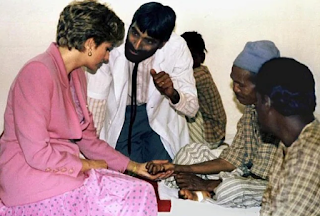