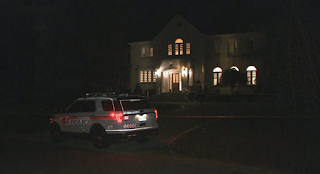 City News is reporting that "York Regional Police are investigating after a male was shot during a carjacking incident Friday night. The call came in at around 8:30 p.m. for a report of a shooting in the Major Mackenzie Drive and Woodbine Avenue area, police said. Police said the male driver of the vehicle was approached by three suspects and was shot in the leg. The suspects then took off in a red Lamborghini that has the licence plate number 8EIGHT8. The shooting victim suffered non-life-threatening injuries and is being treated in the hospital. Investigators said that if you see this vehicle, do not approach it or the suspects. Instead, call the police right away."