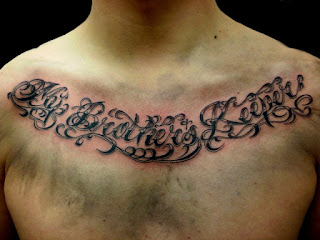 Cain and Abel were brothers. Cain murdered his brother Abel. After Cain murdered Abel, God asked him where is your brother Abel? Cain answered and said I know not: Am I my brother's keeper? The term was used by someone who murdered his brother. Christians tend to spin it and say we are all our brother's keepers. We are all responsible for each other. Yet it is somewhat ironic the Hells Angels would use the term because they regularly murder their own brothers.

Interesting to note that this brother's keepers tattoo also seen in gang photos was done at a tattoo studio in Edmonton which is Red and White. In fact Edmonton is where the two suspects who shot Suminder Grewal are from. Cain slew Able. He murdered his own brother. 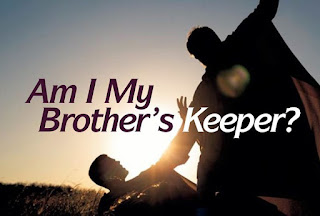