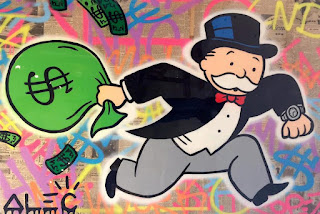 CTV is reporting that "The B.C. Utilities Commission issued a supplementary report Tuesday, upholding a previous conclusion that British Columbians are paying up to 13 cents/litre more for gas than others, despite gas companies putting forward explanations for the difference. The follow-up report comes after a government-ordered review into how gas is priced in B.C. That report found a mysterious 13 cents/litre premium on wholesale prices paid by B.C. drivers."

The higher costs in metro Vancouver is no mystery. It is price fixing due to the oil monopoly. I was speaking with someone from Manitoba over the weekend and he said gas there was 87 cents a litre. Global is reporting that "The B.C. government is considering potential legislation that would require oil and gas companies to disclose confidential supply and pricing data to help solve the mystery of the province’s high fuel prices." Considering?! Do it. Price fixing is illegal.

Break the monopoly. Fort St John has oil. Nationalize it like ICBC and build a refinery in BC. That will lower prices at the pump and increase tax revenue which will counter skyrocketing ICBC premiums from the Chrity Clark Fraud. Nationalizing BC's oil like Norway will be a win win situation for taxpayers. F*ck Jason Kenny. Alberta should not own refineries in BC.