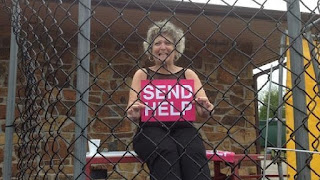 Well this comes as no surprise. The only thing surprising is that it happened so soon. Godon Campbell's flunky, Brenda Locke, has resigned from the Safe Surrey Coalition after riding on their coattails to get elected. We were very clear with Brenda when she ran with Doug McCallum that we were supporting her because she was running with Doug McCallum and the Safe Surrey Coalition's mandate. We were equally clear that we would not endorse her if she tried to hijack the agenda so withdrawing our support for her is a natural consequence of her apostasy.

"Safe Surrey Coun. Laurie Guerra said she wasn’t surprised by Locke’s announcement and speculated it may have been motivated by a hidden agenda.” Exactly. Doug McCallum was very clear in his election platform. He said he opposed LRT down 104th in Surrey and supported Sky Train to Langley. He also said he would get rid of the RCMP and form a municipal police force.

Let's remember who Brenda Locke is. She was elected as a Surrey MLA in 2001 when Gordon Campbell became premier. We remember Gordon Campbell. He left office with the lowest approval rating ever. Brenda Locke fell even before Gordo did. She was a one trick pony and only served one term before being soundly defeated in 2005.

Brenda Locke subsequently ran as the federal Liberal Party candidate in Fleetwood-Port Kells in the 2006 federal election and the 2008 federal election, but lost both times to Conservative incumbent Nina Grewal. Riding Doug McCallum's coattails helped her slip in as a city councilor.

Don't worry, we have a name to submit to replace her. Someone who is much more high profile, much more competent and much more loyal than Brenda Locke will ever be. Fear and tremble great and spacious building, the earth is going to shake because we're gonna rock the world yo.

Steven Pettigrew is a complete socially awkward idiot. When he was elected his claim to fame was confronting the Surrey Now Leader for celebrating Halloween. Word has it that Brenda Locke and Steven Pettigrew are going to form a new party called Wingnuts R Us. Good luck with that fruit cakes. The New York Model is coming to Surrey. Lead, Follow, or Get out of the way. 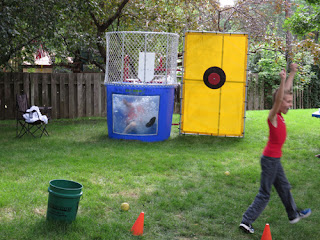