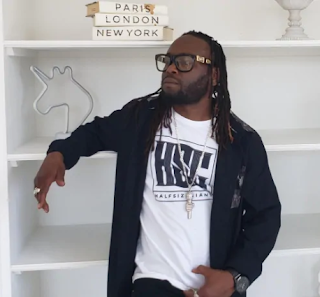 CBC is reporting that "An 18-year-old man has been charged with second-degree murder in the death of an Ottawa hip-hop artist who was shot and killed Friday night in the ByWard Market. Donald Musselman appeared in court via video from the Ottawa police station Sunday morning. He is charged in the death of 42-year-old Markland Campbell, also known by the stage name Jahiant Jahh." That is messed up. Ya'll need some time with Dr Phil.

The brother was a Rastaman. Why the hell would you have beef with him? Everybody likes Rasta. Bob Marley was a Rasta for God's sake. Markland was a positive and talented musician. The kid who shot him is a nutbar.

The Ottawa Citizen is reporting that "Wiens said Campbell, a 41-year-old father, was shot in the chest and died in surgery. He had left work at the Shaw Centre to rush to his daughter’s aid in the ByWard Market, Wiens said. “He was rushing to defend his 18-year-old daughter’s dignity after she called to say she was being assaulted by a couple of men,” Wiens said.