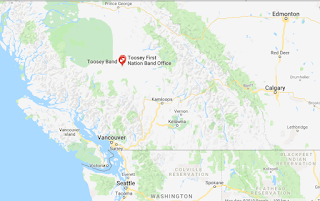 Global is reporting that "A man is in custody after an alleged homicide on a First Nations reserve near Williams Lake Saturday night. RCMP say members from Williams Lake and Alexis Creek were called to the Toosey Reserve, which sits between the two communities, just after 6 p.m. to assist paramedics. Police say a 33-year-old woman was found suffering from severe injuries, but could not be revived and died at the scene. The nature of those injuries is not being released."

"The man arrested is a resident of the reserve, police said, and remains in custody. No charges have been laid." I'm not sure how that fits in with he genocide model but it is a tragedy nonetheless. We need to stand up against all violence against all women.