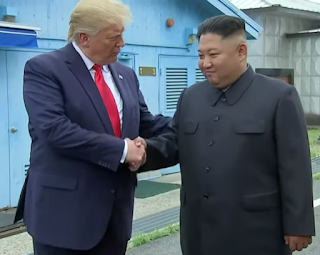 The Guardian is reporting that "Donald Trump has invited Kim Jong-un to the US after he became the first sitting US president to enter North Korea. The apparently impromptu meeting came about after Trump tweeted an invitation to Kim on Saturday from the G20 summit in Osaka, Japan. After shaking hands with Kim in the demilitarised zone (DMZ) between the two Koreas and walking with him over the border.” Say what you want about either leader but this is a step in the right direction. Hats off to Moon Jae-in. 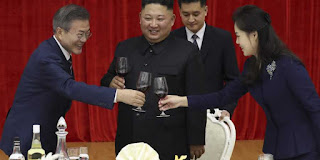 Posted by Dennis Watson at 3:20 AM