Alabama police shot a teen dead, but his friend got 30 years for the murder 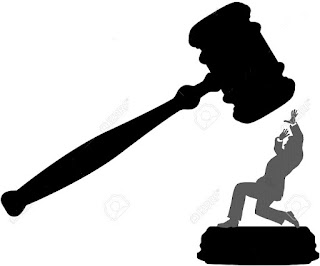 The Guardian is reporting that "Unlike in the vast majority of fatal shootings by police officers, someone is going to prison for the 2015 death of 16-year-old A’Donte Washington in Alabama. It just isn’t the police officer who shot him."

"Lakeith Smith was sentenced last week to 30 years for A’Donte’s murder, even though no one disputes it was an officer’s bullet that killed him. Smith is not even accused of having possessed a weapon. Under the state’s accomplice law, co-defendants can be guilty of murder if a death occurs when they are in the midst of committing a felony. Smith was one of five teens who were allegedly committing a burglary when responding officers opened fire, killing A’Donte. Smith, now 18, was also sentenced to another 35 years for crimes related to the the burglary, for a total of 65 years." OK now that it totally messed up. Give your head a shake.

The United States has the highest incarceration rate in the world.

Posted by Dennis Watson at 3:46 AM