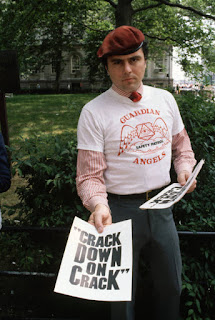 They finally put out a documentary about the Curtis Sliwa story called Vigilante. It's available on Itunes as well as Amazon. It is relevant to us because it explains the New York model. The Guardian Angels were a big part of that. They helped with the enforcement.

However, the Mollen Commission made it all possible. Another documentary called the Seven Five explains the police corruption in New York at the time which enabled the crack epidemic and all the crime that went along with it that the Guardian Angels were fighting.

Lisa Evers was a big part of what happened. So was Thomas Hunt the New York City secret weapon who moved on to Chicago. So was Paul Martinelli, Sebastian Metz, 3rd Rail and Joe big Bear Sr. These were street soldiers who made a difference. History has recorded that. 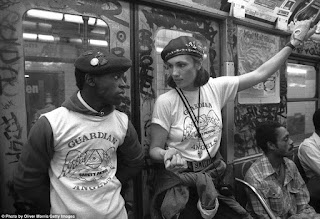 No, I'm not suggesting we bring back the Guardian Angels to Surrey. I'm suggesting we confront the police corruption in Surrey that enabled the drug violence in New York, LA and south Seattle. History repeats itself until we learn from it. Curtis' radio show is back up and running in New York. 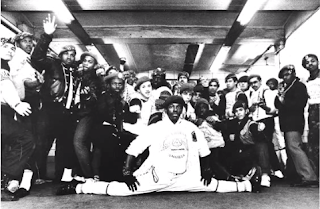 Lisa mentioned that people who visit New York now don't remember what it was like. Now New York has a large police presence. Back then it didn't. New York went through a very angry time but they evolved. Other places haven't. Some places in Canada have regressed.

Yet Sebastian was right. If the police simply did their job and if the community supported the police, the Guardian Angels would no longer be needed. Crack is making a come back. Theoretically so could the Guardian Angels. 3rd Rail is a good guy. He could carry the torch after Curtis has passed on. Yet the most proactive solution is to deal with the root of the problem and address that head on - police corruption.

When you examine the crack epidemic that plagued New York City, LA and south Seattle, police corruption is the one common denominator that made it all possible. In New York it was Michael Dowd and the 75th precinct in Brooklyn. In LA it was the Freeway Ricky story. In South Seattle it was the Chuck Pillon story. The CIA corruption is something we can't change but the police corruption is something we can change. That goal is within reach and attaining that goal can make a colossal difference in our communities. I've seen it. Dare to Care yo.