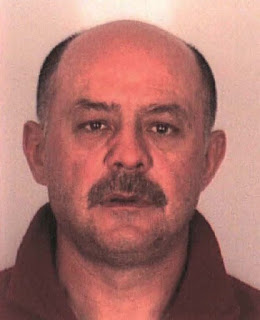 The Montreal Gazette is reporting that "Under a cloudy sky Thursday morning, hundreds of Hells Angels from across Canada showed up in force at an Urgel Bourgie funeral home on Beaubien St. E. in Mercier-Hochelaga-Maisonneuve to mourn the loss of André (Frisé) Sauvageau." Who died in prison May 26 of natural causes at the age of 63."

"Sauvageau was presumably at the head of a lucrative cocaine smuggling ring in the Hochelaga-Maisonneuve district that was brewing several million a year, according to court documents related to this investigation, which Le Journal obtained a copy of. He had been incriminated by one of his main lieutenants, Patrick Corbeil, who chose to turn his back on him by deciding to become an informer for the judicial part of this operation. Corbeil told the police that their organization was selling close to 50 kilograms of cocaine a year, between 2011 and 2015."

"Sauvageau also reportedly oversaw the Hells Angels' 10% tax system on the sales of traffickers doing business on most of the drug market in Quebec, which is now under the control of bikers. During the investigation, the police observed Sauvageau several times in the company of major Montreal organized crime actors, including the godfather of street gangs Gregory Wooley, who is currently serving an eight-year sentence after being arrested in the same roundup."