The Toronto Raptors VS The Golden State Warriors

The fact that the Toronto Raptors have made the NBA finals is certainly big news in Canada. We're all quite stunned actually. They're one game away from winning the whole thing. I like the Warriors. I liked their old logo and theme song. It was from the old movie about the Warriors in New York. I ordered one of their T-shirts back in the day because it was the same theme as Guinness. We Believe.

It must kinda suck for a Canadian team to win the NBA playoffs. Kinda like when an American team wins the Stanley cup which has become an all too common occurrence. Hats off to both teams. The Raptors are playing really well. Even the American commentators admit that. We really liked the Grizzlies when they played out of Vancouver and were sad to see them go. We didn't care that they didn't win. We just liked to see the American teams play.

Anyways, hats off to TO and the Raptors yo. Bring it. Welcome to Jurassic Park. 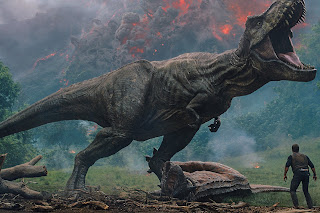