15.5 tons of cocaine seized in Philadelphia 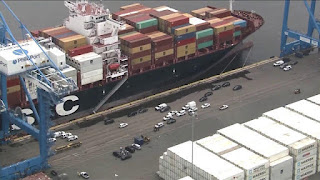 NBC is reporting that "Shipping containers full of illegal drugs have been found and seized by federal authorities at a Philadelphia port in what federal authorities describe as the largest seizure in the region's history. A senior law enforcement official said more than 15,500 kilos of cocaine were found in seven containers, which were found aboard a cargo ship, the MSC Gayane, that previously stopped in Colombia, Chile, Panama and the Bahamas. Sources told NBC10 the cocaine was not meant for Philadelphia but instead for the Netherlands and France." 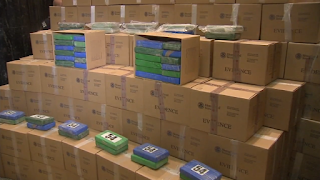